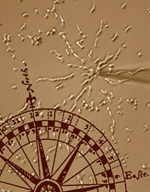 Many cells have an internal “compass” that allows them to detect and move along extracellular chemical gradients in a process referred to as chemotaxis or directed cell migration.  In embryogenesis chemotaxis is used repeatedly to rearrange cells, for instance, during primordial germ cell migration, organ formation, and wiring of the nervous system.  In the adult, chemotaxis mediates normal trafficking of immune cells and is critical for inflammation.  It also participates in wound healing, in maintenance of tissue architecture, and allows stem cells to target to and persist in their niches. 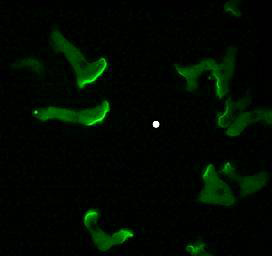 Studies of chemotaxis in the model organism Dictyostelium has uncovered mechanisms which are highly conserved in other eukaryotic cells.  Our strategy is to use the powerful genetic analysis available in this model system to gain insights and then to test these concepts in mammalian cells such as neutrophils.  Chemotaxis is comprised of motility, directional sensing, and polarity.  The amoeboid movements of Dictyostelium and neutrophils towards chemoattractants are based on the periodic extension of pseudopodia, driven by actin polymerization at the front and myosin-based contraction at the rear.  Chemoattractants activate G-protein coupled receptors (GPCRs), resulting in the localized accumulation of signaling molecules, which bias the direction or lifetime of the projections at the leading edge of the cell and regulate rear contraction. Cells also develop a stable polarity that enhances chemotaxis.

Chemotaxis bias depends on a network composed of multiple signaling pathways.  Several years ago, we discovered that chemoattractants activate PI3Ks producing an accumulation of PIP3 at the leading edge of amoebae.  We now know that this mechanism is conserved in neutrophils and many other types of eukaryotic cells.  Unregulated production of PIP3, as occurs in cells lacking the tumor suppressor PTEN, causes many ectopic projections and impairs the directional response of migrating cells.  Thus, localized PIP3 production is an important conserved mechanism mediating chemotactic bias.  Surprisingly, however, cells lacking PIP3 production can still carry out chemotaxis.  This indicates that additional pathways act in parallel or redundantly with PIP3. 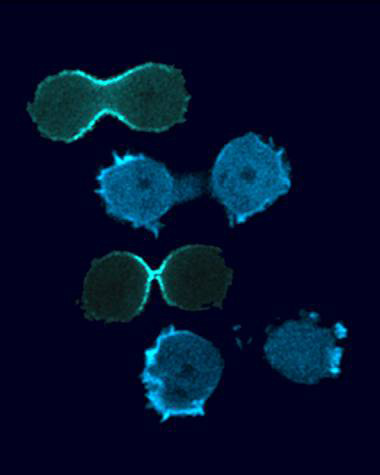 In our search for parallel pathways, we have recently focused on the gene Pianissimo (PiaA), which was derived from an early genetic screen for chemotaxis defects in Dictyostelium.  PiaA was later shown to be a subunit of target of rapamycin complex 2 (TorC2) and required for phosphorylation of the hydrophobic motifs (HMs) of ACG kinases such as PKB and PKC. We have found that TorC2 is activated at the leading edge of the cell and causes the localized activation of PKBs and phosphorylation of PKB substrates.  The absence of these phosphorylation events in cells lacking  PiaA leads to a defect in chemotaxis.  This pathway acts in parallel with PIP3 to mediate the chemotactic response.  We are presently assessing whether the TorC2 mechanism is conserved in chemotaxing neutrophils.

Our long term goal is a complete description of the network controlling chemotactic behavior.  We are analyzing combinations of deficiencies to understand interactions among network components and carrying out additional genetic screens to identify new pathways involved in chemotaxis.  A comprehensive understanding of this fascinating process should lead to control of pathological conditions such as inflammation and cancer metastasis.